Brazil have a protectionist customs system. How I know this? I have 10+ years as a private lawyer working with customs forfeiture cases.

From my experience, most people and companies want to comply. But Brazilian customs legislation ignores their motivations. Our customs law actually punish involuntary conducts with (in rem) forfeiture and fines. Check here (art. 94, Decree 37/1964): http://www.planalto.gov.br/ccivil_03/Decreto-Lei/Del0037.htm

Let me translate that: any act or omission, whether voluntary or involuntary, constitutes an infraction. That´s how it is.

Remender the Decree n. 37 from 1964? That was designed to concentrate power in the Executive´s hands. The President have all the control over the customs system, which is based in the authority principle.

The idea was agility. A system that could be changed easily. One of the consequences is an uncertain customs system. Customs administration can change the legislation. Sometimes using the legal procedures and the National Congress, but most times using instructions and other administrative instruments.

Authority principle instead of legality. Agility instead of security. Power to choose the conducts that will be considered unlawfull, and their legal consequences. Power to design the customs legislation and the customs policy. Power to keep the money from the customs forfeiture cases and fines. And now its hard to change that back.

Customs forfeiture, or in rem forfeiture, is a non conviction based forfeiture also known as civil forfeiture. Customs law do not require a customs crime to apply them. The proof needed is mininal. Most of the time the customs administration only need to prove that an infraction has occured.

For example, all merchandise imported as personal luggage must be declared. The lack of customs declaration leads to its forfeiture. It´s not necessary to prove a customs fraud. Lack of declaration constitutes an infraction.

Another example. All vehicles that tranport irregular merchandise will be forfeitured. Lack of documentation of its importation constitutes another infraction.

Yet another one. All merchandise that stays in the customs for a certain period of time is considered abandoned. The consequence is forfeiture. The list go on.

The point: any act or omission, whether voluntary or involuntary, constitutes a customs infraction.

Whats the name of that app that make people faces look old? International trade. Jokes aside, brazilian customs have a good website with some information in English fot the traveler arriving in Brazil.

Unfortunately there is no translated guide on how to export do Brazil, only in Portuguese (check here).

The same goes for all of our customs legislation, and that´s a huge turn off for non portuguese speakers. But you can check our “customs code” here and translate yourself.

Why the quotation marks? It´s not realy a codex, because we dont have one, more a practice guide (called Regulamento Aduaneiro – customs regulation) made by the customs administration that is used as a codex.

The customs regulation is heavily inspired in two old “laws” (again, not actually a law, but a decree made by the president a long time ago when the congress was forcefully closed), the Decreto-Lei n. 37/1966 and Decreto-Lei n. 1455/1976.

Most of our customs infractions and sanctions are listed in the customs regulation (article 673 until article 734).

Article 673. Any act or omission, whether voluntary or involuntary, constituting an infraction, by a natural or legal person, of a rule established or disciplined in this Decree or in an administrative act of a normative nature intended to complete it, constitutes an infraction.

Soo, basically anithing. The sanctions are:

The cases for vehicles and goods forfeiture are listed in article 688 and 689.

The fines are listed in article 702 until 706. For example: problems with goods valuation or classification.

Any doubts? Feel free to ask or email us. 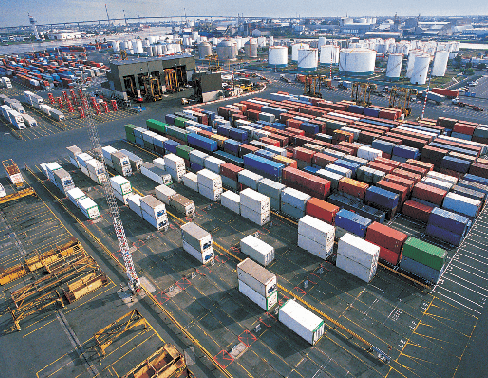